Quickmart has announced that it will be giving out 5 cars in its 15year anniversary.

The celebrations will see the retail chain reward customers with assorted incentives and prizes worth millions of shillings.

The promotion runs from the 3rd of September to the 3rd of October 2021.

“We are putting our customers at the heart of this 15-year anniversary celebration. It is because of their loyal support that we have come this far and earned a place among tier one supermarkets in Kenya. We are thanking them with the various prizes and incentives and promising them that we will continue to walk with them into the future” said Quickmart’s Head of Marketing, Betty Wamaitha 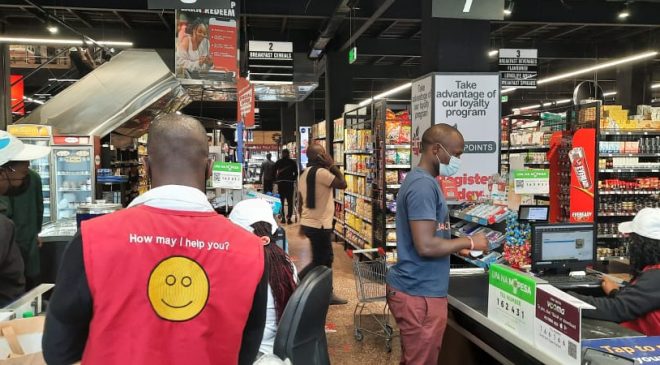 She traces the 15year journey back in 2006 in Nakuru town where the first Quickmart store was launched amid the then understated vibrancy of the town. With a vision to reach the upper echelons of Kenya’s retail and convenience sector, Quickmart then ventured into the capital city in 2010 to open its first store in Ruai, followed by the Ruaka branch. A total of 11 more branches were opened in respective locations in Nairobi, Nakuru and Kiambu counties.

“As we celebrate our customers, we are also recognising our staff whose dedication and hard work has brought us this far. We are also saluting our suppliers and the thousands of farmers across the country whose products and produce find their way to our shelves enabling us deliver on our brand promise of Fresh & Easy, to every customer,” added Wamaitha as she presented awards to some of the longest serving staff.

Noting the challenges that the country has faced during the pandemic, she explained that the supermarket invested heavily in structuring the stores to adhere to the Ministry of Health protocols keeping all their staff and shoppers safe and continued to serve customers even during the tightest lockdown periods over the past two years.

VAT will not affect Unga prices

CEO AFRICA - April 14, 2021 0
Social media pressure by Kenyans forced the International Monetary Fund lender to give a detailed explanation on the facility after its board approved a...