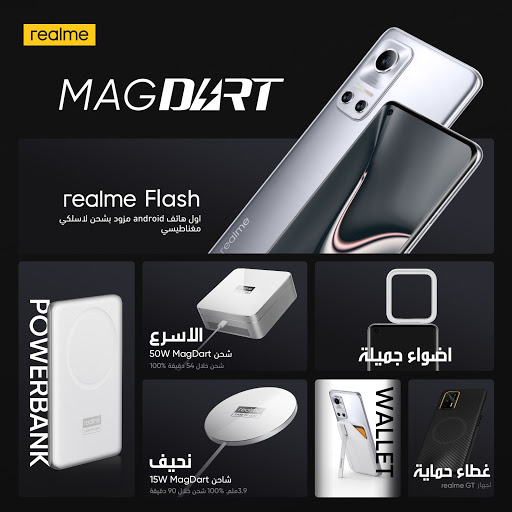 The phone can get charged from the power bank, and the base can charge the battery bank at the same time.

The phone firm has introduced in the market a 50W magnetic wireless with other several magnetic charging accessories.

Dubbed the realme Flash, it features a flagship-level dual cell of 4500mAh battery capacity and can support up to 50W of MagDart wireless charging, which can charge the battery from 0 to 20 per cent in just five minutes and from 0 to 100 per cent in just 54 minutes. 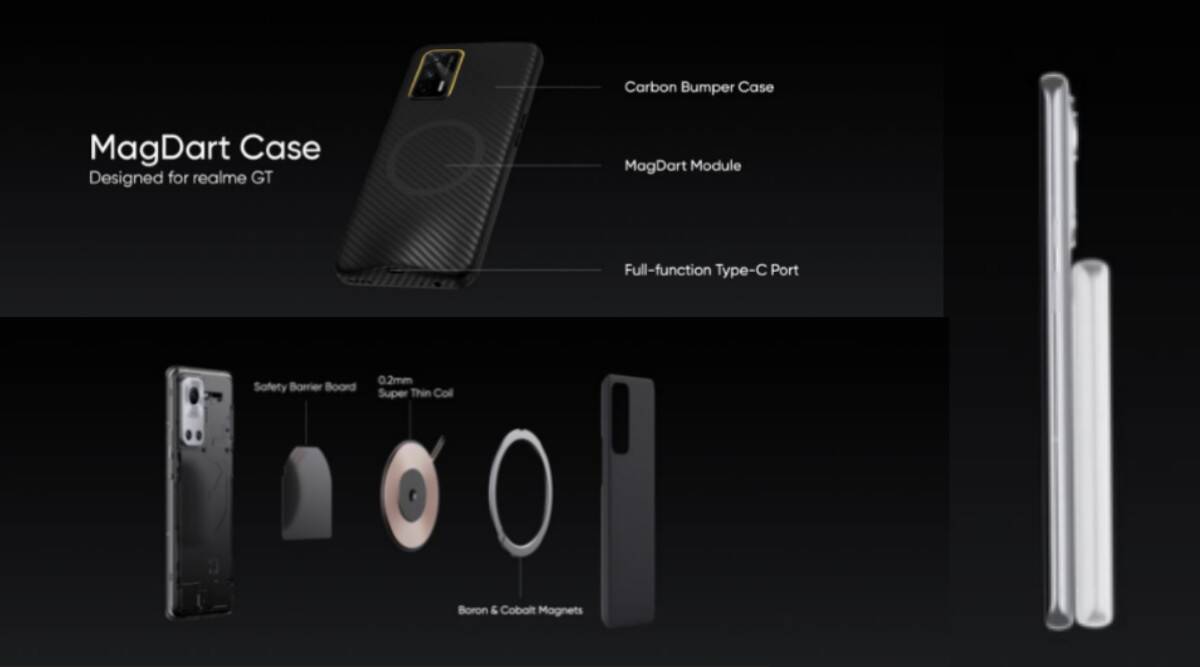 The MagDart charger is now the world’s fastest magnetic wireless charger of 50 W.

It features an active air-cooling system that keeps the mainboard and coil temperatures at a reasonable level with a compact and powerful fan that can quickly remove heat by drawing a large airflow into the charger so that it can maintain the charging power at a high level for a longer time.

This technology was created while keeping in mind those who like undisturbed experiences while using their phones like gamers and those on the move.

Banking on the same technology, realme has also introduced a 15W MagDart which is the thinnest ever magnetic wireless charger. This Charger is only 3.9mm.

In addition to the MagDart Wireless Charger, the company also brings a 2-in-1 MagDart Power Bank.

This power bank has a special charging base for the realme Flash phone. Thus, the two can be paired together to become vertical charging stations.

The phone can get charged from the power bank, and the base can charge the battery bank at the same time.

If you need to charge on the go, the power bank can be pulled up and attached to the smartphone. This power bank is designed with white vegan leather and aluminum.

To assert its manufacturing goal of ‘’Dare to leap”, the company has also introduced MagDart ecosystem accessories to accompany the phone. 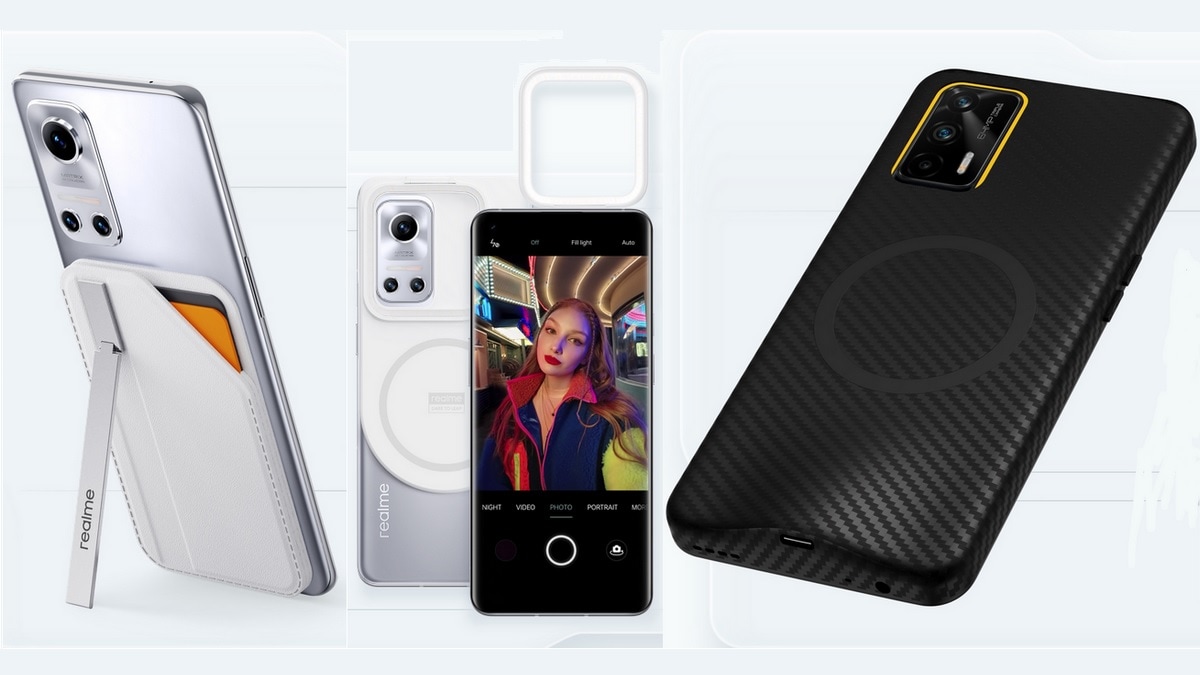 This includes the MagDart Beauty Light, which is designed for portrait photography. It can be easily connected to the phone via MagDart and powered via reverse charging to provide an extra flashlight when taking selfies.

The MagDart wallet, which is used as a kickstand to hold the phone up when watching movies or making video calls.

For GT lovers, there is a realme GT MagDart Charging Case that enables the compatibility of realme GT with MagDart.

This case connects through the Type-C connector and allows the phone to be charged wirelessly via the MagDart technology.

How to Become a Lifelong Learner

Mombasa religious leaders Call For An End To Police Brutality In...

Accountancy and finance profession viewed as being ‘broadly inclusive’, but more...

Larmy - February 5, 2021 0
Sixty-one per cent of respondents to a global survey amongst accountancy and finance professionals say that they work in an environment free from harassment...

ICT Authority turns to e-learning for its brightest talents