Chituyi, the two try hero in the 45-36 win over Zimbabwe on 30 June missed last weekend’s 67-0 win over Tunisia

Commenting on their inclusion, Head Coach Ian Snook said, “Dallo is in as we have a 6/2 bench this game. It has been crucial in a couple of other games with fresh forwards coming on late in the game and making a telling difference. 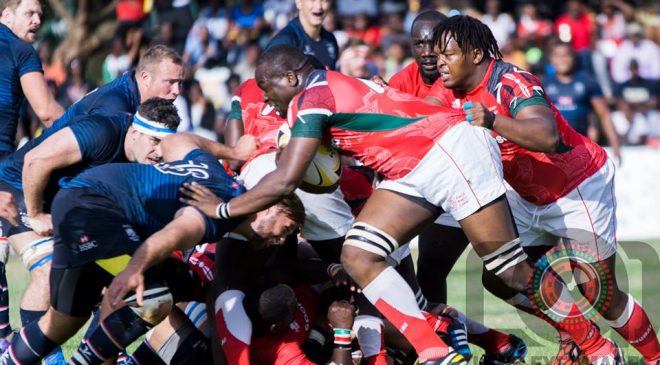 We hope this will be the same. Felix is on the bench as he can cover many positions and is competent in them all. He is a tough competitor and we know he will be up for the physical battle. Biko who usually fills this role is carrying an injury. Curtis is back in so we can utilize his experience and cool head late in the game.”

Snook also talked about his expectations from the match against Namibia, saying,” Our hopes and aspirations is that we play really well and piece together 80 minutes of what has only been seen for 40 or so minutes in the other games.

It has been difficult with no warm up games and going in cold for one off test matches. The Tunisian game provided a bit of everything which the players will learn from. I’m expecting that the players are ready for an 80 minute effort and are really looking forward to it.”