The best camera, performance, and connectivity ever on a Galaxy smartphone, Galaxy S22 reimagines the mobile experience

Samsung has globally announced the release of the 2022 Galaxy S Series range of devices that consists of the Galaxy S22, S22+ and Galaxy S22 Ultra. These ground-breaking new editions to the S Series feature premium cameras, superfast connectivity, long-lasting batteries, and innovative new ways to share everything. The launch was broadcasted to the world from the tech giant’s global headquarters in Korea.

“At Samsung, we constantly push ourselves to raise the bar on our most premium devices,” said TM Roh, President and Head of Samsung Electronics’ MX (Mobile eXperience) Business. “Galaxy S22 Ultra takes the beloved functionality of the Galaxy Note and the most celebrated aspects of the S Series and merges them for a truly unique mobile experience. This is a leap forward for mobile technology, setting a new standard for what a smartphone can be.”

The Galaxy S22 Series is available in three models that are built to make your everyday epic. Samsung has unveiled Galaxy S22 Ultra, merging the best of two smartphone legacies – the famous power of the Note Series and the pro-grade camera and performance of the S Series – to set a pioneering standard for premium smartphones.

Featuring a built-in S Pen, advanced Nightography and video capabilities, and battery life that lasts over a day, Galaxy S22 Ultra is the most powerful Ultra device Samsung has ever created. For the first time in Samsung smartphone history, users can experience epic performance with the latest 4nm processor. Partnered with enhanced 5G capabilities, consumers can game, stream and work across all their favourite apps with incredible ease. And those experiences on Galaxy S22/S22+ are made even better with our long-lasting batteries that will power through more than a day on a single charge. 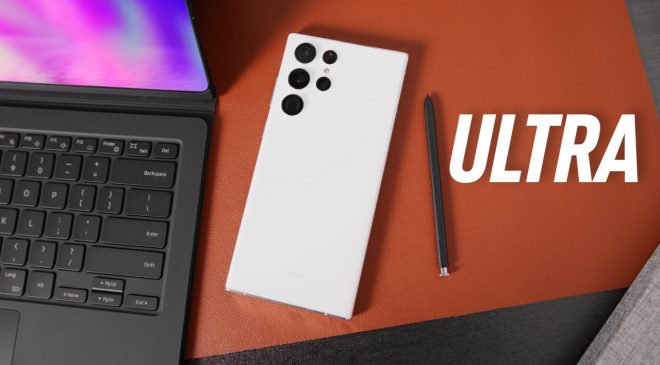 “Samsung has also elevated the design to give Galaxy S22/S22+ a refined and balanced look and feel. The upgraded linear camera setup and sleek camera housing can match the colour of the device’s body for a seamless, distinctly modern design. For those who want the ultimate premium Galaxy phone that can do all this and more, Samsung have created an entirely new Galaxy mobile experience the Galaxy S22 Ultra” Said Mr. Charles Kimari, Head of Mobile Experience Division , Samsung Electronics East Africa. He further added

“Samsung introduced its first Ultra smartphone two years ago to represent the absolute best of the best in the Galaxy S line-up. Samsung is pairing the DNA of the S Series with its iconic Galaxy Note to create something entirely new. The S22 Ultra a device that breaks the rules of mobile innovation and is truly a leap forward in mobile technology. Galaxy S22 Ultra sets a bold standard for what a smartphone can be”.

Galaxy S22 Ultra is a powerhouse encased in the same striking, simple design from the Note series. It’s also quintessentially S Series, with a next-generation pro-grade camera and viewing capabilities. For the first time in the S Series, Galaxy’s signature S Pen comes built-in so that users can write and draw on Galaxy S22 Ultra’s expansive screen and enjoy a more realistic pen-to-paper feel. Galaxy S22 Ultra’s camera ensures that users get the best possible images and video, whether conferencing for work, watching movies or staying connected to loved ones.