Samsung’s Galaxy Note 20 Ultra and S20 Ultra might be packed to the hilt with the latest, greatest tech, but they also come with sky-high prices to match. That makes them a tricky sell at a time when purse strings are tightening and rivals are making great phones at m 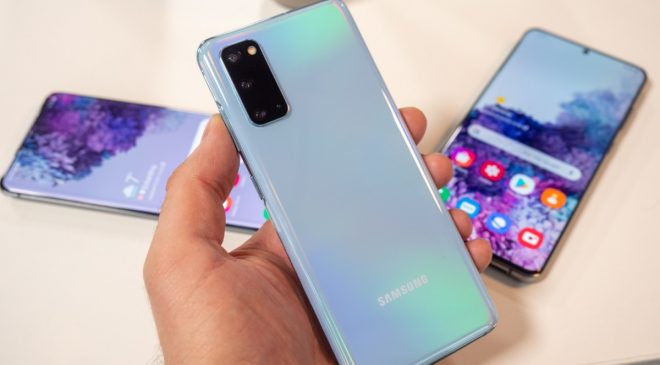 The Galaxy S20 FE (which stands for “fan edition”) aims to offer much of what you’ll find in the company’s top-end phones but with a few tweaks here and there in order to keep the price down.

The price might be more affordable compared to the flagship devices, but the key specs don’t seem to have suffered all that much. There’s a 6.5-inch, 2,400×1,080-pixel super AMOLED display with a 120Hz refresh rate for smooth scrolling and a lightning-fast Snapdragon 865 processor (for the 5G models; there’s an Exynos 990 chip in the 4G models — the same one found in the Note 20 Ultra and S20 Ultra).

There’s a triple camera setup on the back, although the resolutions are lower and it lacks high-end features like the 100x space zoom (30x zoom is offered, but it relies heavily on digital zoom) or 8K video recording, neither of which I think you’ll miss. It still offers things like 3x optical zoom, optical image stabilization, night mode photos and the “single take” feature which captures multiple versions of the same shot when you hit the shutter button (zoomed in, zoomed out, a video, a GIF, different filters) allowing you to decide which to share afterwards.

Physically, it looks much the same as the rest of the S20 series. It has a Gorilla Glass 5 display (rather than Gorilla Glass 6 on the Note 20), and the back is made from a toughened, matte plastic rather than shiny glass. It still has IP68 waterproofing though, along with an in-screen fingerprint scanner and it’s available in a wider range of snazzy colors, including a vibrant red, a lavender purple, navy blue, mint green and orange — all of which look much nicer than the sinfully dull gray on Samsung’s most expensive S20 Ultra.