The signing of the MOU signifies an important milestone towards the realisation of the Authority’s reform agenda of entrenching corporate governance practices among SACCOs as well as the fulfilment of President Uhuru Kenyatta’s directive issued in July 2019 to establish the Unit.

Speaking during the MOU signing ceremony, SASRA Chairman John Munuve said: ‘’ We view this MOU as an important and serious commitment to work closely with DCI in transforming the SACCO subsector.  The establishment and operationalization of the Fraud Investigations Unit, came at the most opportune time, to complete the cog of the supervisory framework of SACCOs in Kenya, which was initially largely reliant on prudential supervision.’’

Mr Munuve disclosed that the SSFIU is and will remain critical in complementing the prudential supervision conventionally undertaken by SASRA’s technical staff, by taking-up identified cases of fraudulent conduct during prudential supervision and investigating the same. In instances, where criminal culpability is proven, and with concurrence to the relevant prosecution agencies, Mr Munuve said that the Unit shall take lead in ensuring that the culprits are prosecuted and brought to justice.

“A time has come when the safety of members’ savings and deposits in Saccos must be guaranteed and always assured. This is the only way in which citizens will use or consider using Saccos as an alternative and worthy investment destinations for their savings,” added Mr Munuve.

He concluded by revealing that the formed Unit is expected to collaborate with the Authority to develop and implement robust market surveillance and monitoring mechanism to prevent frauds or disrupt planned fraudulent activities in SACCOs. He noted that the proactive actions will be crucial in stopping the loss of members’ funds, instead of waiting to pursue the culprits after the losses.

In March 2020, DCI seconded three (3) highly trained and skilled financial fraud officers to SASRA to lay the groundwork for the operationalization of the Unit. The SSFIU has already started working with highly trained officers from both the DCI and SASRA and has already started receiving and investigating information from individuals and organisations to prosecute Sacco Society officials, staff and other players implicated in financial and cyber-related fraud. 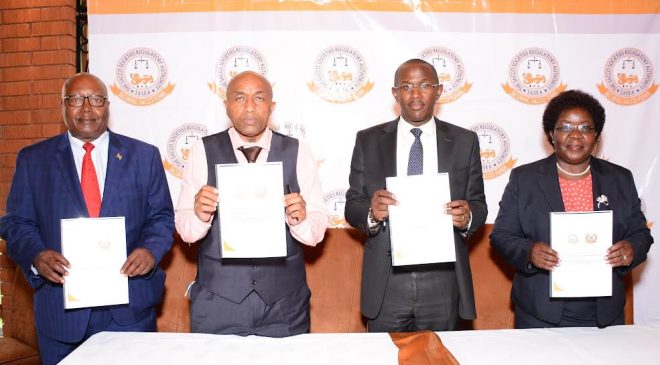 Speaking at the MOU signing ceremony, DCI representative John Gachomo said: “It is important to stress that in today’s economy, financial transactions are heavily conducted using technology and other digital services. And SACCOs have not been left behind in this. I do want to call out stakeholders within the SACCO subsector to fully embrace the newly created Unit as a lever to the transformation of the SACCO movement in Kenya.’’

Saccos have established themselves as formidable players in the financial sector, deepening wealth creation, investment, and savings besides offering financial services to unbanked Kenyans. This has made it necessary to improve oversight and ensure that the savings of members are protected.

The unit will be domiciled at SASRA and is expected to detect and prevent fraud as part of improved corporate governance in the Sacco sector in line with SASRA’s Strategic Plan for 2018-2022.