Two ships with second hand vehicles are expected to dock at the port of Mombasa by end of  this month.

According to Kenya Ports Authority [KPA] Corporate Affairs Development – E- Document Officer Soud Kajembe the vessels are expected to dock by next week. 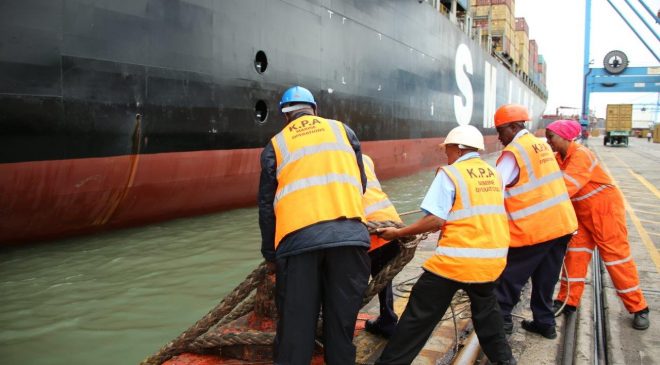 He said according to the dispatch on the authority’s daily shipping updates the MV Swift Ace and MV Orion will dock and discharge the vehicles.

“One of the ships, MV Pilion, will be discharging bulk of wheat  and  MV African  Sanderling will discharge Imente Sand at the port of Mombasa at the end of  this month,” he pointed out.

The KPA officer said according to the chart also expected to arrive are six ships carrying containers with assorted cargo and goods.

By the end of the week 21 vessels are expected to sail out of the port after discharging cargo from  berth number 1 to number 21.

By the time of going to press vessels carrying containers type of cargo were discharging assorted goods from berth 16 to 20.