As news of the global spread of coronavirus disease (COVID-19) emerged, global financial markets reacted pessimistically and behaved in ways not seen since the 2008 financial crisis, the worst economic disaster since the Great Depression of 1929.

A full understanding of the potential economic and social impact of the virus which leads to this disease remains difficult to predict.

This is because spread of a disease on this scale both geographically and exponentially is unprecedented in the modern world.

Since the first reported case in Wuhan China, to the disruption of our economic and social lives, we have found ourselves in a wrangle and race against the clock, in finding a remedy for both the virus and the economy.

In Kenya, the Nairobi Stock Exchange saw foreign investors pull over Ksh 11 billion leading to a sharp decline in value of multi-national companies like EABL and Safaricom.

The 1918 Spanish flu can be described as the last truly global pandemic with its potency exacerbated in an era before the existence of international public health bodies, such as the World Health Organization. About one-third of the world’s population caught this acute respiratory tract infection.

Talking of HIV/Aids pandemic which is estimated to have shaved between 2% and 4% off GDP growth in sub-Saharan Africa.

The annual cost of ‘flu is estimated at between 0.2% to 2% of global income, totaling US570-billion. And the 2014-16 Ebola epidemic was estimated by the World Bank to have cost about 12% of the combined GDP of the three worst-hit countries; Guinea, Liberia and Sierra Leone.

Severe social economic blows from the virus appear unavoidable beyond the cost of treating the infected and change of cultural practices. How might we then estimate the cost of a global disease on the local economy?

Currently we are facing a cruel case with COVID19 in a period of weeks, worse than what HIV has done in over 30 years.

With this jogging our memories, when Kenya was reporting its first few cases, the government, through the Executive, issued an order stating that every person flying into Kenya should self-isolate for 14 days.

However, a few people disregarded this order with a terribly disheartening example being the Kilifi deputy governor who in turn went on to infect the disease to a number of people.

More precautionary measures are being driven forward by the government, to stop a further spread of the illness like the recent restriction of travel into the Nairobi metropolitan areas and other counties such as Kilifi and Mombasa.

The immediate economic consequences of COVID-19 are stemming from the panic surrounding the spread of the disease.

Medical practitioners are at the forefront in the matters concerning health while business people are digging deep into their pockets to save not only an ailing world, but the economy of an ailing nation.

Global economy is plunging at an alarming rate, especially for third world countries. On 27th March, the IMF chief declared that the global economy has entered into a recession.

Due to the low business activities taking place around the world, this decision was imminent. She went ahead to claim that the current situation could become worse than the global financial crisis of 2009.

“It is now clear that we have entered a recession – as bad as or worse than in 2009,” said Kristalina Georgieva, the IMF Chief.

The biggest concern, in an economic perspective, is the number of people losing their jobs, livelihoods and an increase in bankruptcies. In the U.S alone, more than 6.6 million people applied for unemployment benefits in the last week of March.

This is the United States of America we are talking about, a global economic giant that has towered over the rest for decades and decades. A nation that likes to call itself, “the greatest nation on earth.” What debilitation shall be visited in developing countries like our beloved nation, Kenya?

Developed countries have set aside budgets that will prevent local businesses from total collapse. The U.S legislative parties passed an economic stimulus package law that would see its citizens and local businesses benefit for self-sustenance.

President Kenyatta, on March 25, announced a stimulus package, not of the same nature as that of the U.S, but something that purportedly would help better the status of our economy.

This has seen a repeat of the 2009/2010 financial year when our president was the then finance minister and the government instituted a stimulus package.

This was in response to the 2007/2008 post-election violence and the global financial crisis where the Sh. 22 billion budget would focus on government spending.

The novel corona virus is the technical hitch that we are all trying to get around as we fight to get back to our normal lives.

If anything, the economic recession that Kenya faces becomes a lesson learnt for our government, businesses and people. A lesson that we have to alter our ‘normal’ livelihoods for the better of the world.

We can learn from the rest of the world and take pointers with us in such a manner that we need not become dependent on others should we face such a crisis in future.

From countries like Japan and South Korea, we can better our environmental hygiene and quick adaptability when facing a crisis. From the far west, it becomes important to us, to have reserves for a rainy day such that we are better prepared.

My rallying call to business leaders, as you get back to the boardroom, is to consider the economic and social factors that have also affected the common man. How we can uplift, then rise, together as one.

The writer is the Founder and CEO of PMS Group Africa Ltd an award-winning communication firm. 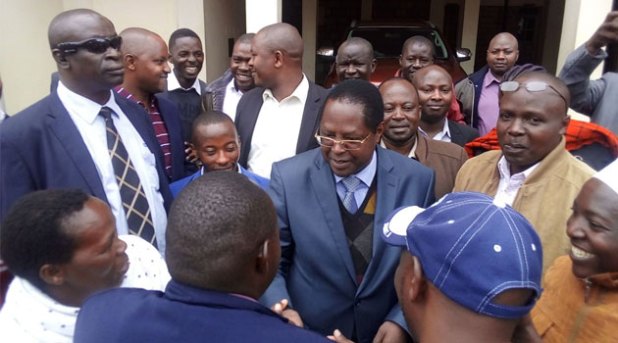 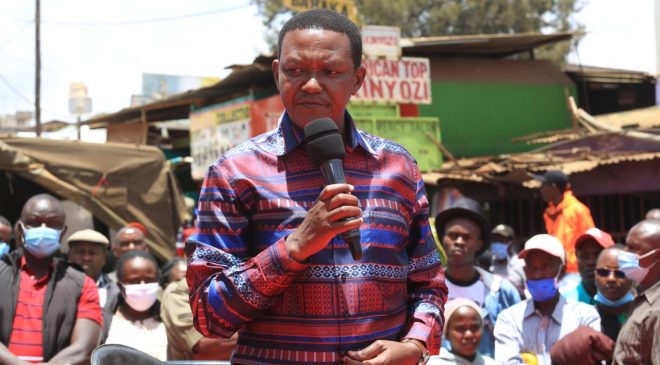