StarTimes Media has announced a revamped bouquet offering that will see the introduction of 8 new premium channels across news, kids, movies, fashion, novelas, gaming and esports giving subscribers an enriched content experience at the same affordable monthly subscription for their bouquets of choice.

StarTimes Regional Marketing Director Mr. Aldrine Nsubuga noted that the brand is keen on progressively refining the kind of programming availed to subscribers and with new technologies creating new content every other day, it is only strategic that StarTimes deliver the same on TV which is much more accessible.

“We are progressively improving the content available to our subscriber’s key in growing our value proposition and as a way of appreciating their loyalty to the brand. Notably, the monthly subscription rates remain the same as we endeavour to maintain our commitment of delivering premium content at the most affordable subscription rates,” said Mr Nsubuga.

Sky News is one of the major international news channels will be delivering 24-hour latest global developments with a spirit of innovation covering a wide range of topics such as finance, politics, technology, entertainment, sports among others.

Fans of novelas will be delighted to watch Tlnovelas which will broadcast highly-rated Mexican novels of all time as Timeless Drama Channel (TDC) delivers critically-acclaimed Turkish shows famous for cross-cultural boundaries by capturing universal themes and family values.

FilmBox will be popular with movie enthusiasts as it will offer more than 300 premiere titles every year featuring the best directors’ films, television series and miniseries, as well as high-budget television productions. 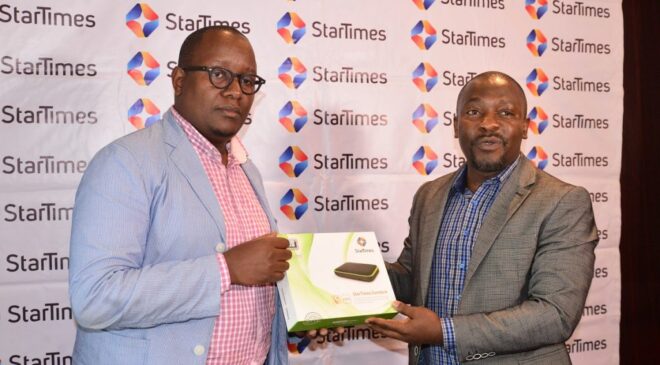 FashionBox HD will be the one-stop-shop for all things style and will feature inspirational, educational and highly entertaining content on shopping, lifestyle and new fashion trends.

Gametoon, a worldwide entertainment TV channel is targeted at millennials revolving around gaming and eSports and will feature highlights of popular video games, entertainment content from gaming, you tubers and video game tournaments while Toonami will primarily air Japanese animations and occasional American action animations.

CBeebies will be integral in helping pre-school kids learn whilst they play fun games, watch relevant clips and sing along to related songs.

“It is our commitment to identify the most relevant content for our subscribers while packaging it to fit the whole family entertainment viewing experience,” concluded Mr Nsubuga.