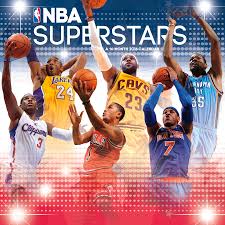 The NBA 2019/20 season is set to resume on July 30th after nearly five months break occasioned by the Covid-19 pandemic. Pay Television Company StarTimes will broadcast the games through the ESPN channel.

The NBA games will be unlike any previous year with social distancing requirements keeping fans away and the action taking center stage at the ESPN Wide World of Sports complex, inside Disney World in Orlando, Florida.

Speaking on the resumption of the NBA season, StarTimes Regional Marketing Director Mr. Aldrine Nsubuga said, “We are excited to add more sports offering for our subscribers. Basketball lovers in Kenya can now look forward to action coming back on their screens through the ESPN channel.”

Only the best 22 of the league’s 30 teams will participate. Each team will play eight games to finish the regular season. From these, the top seven teams in each conference will advance, with the final eighth seed in each conference being determined by a potential play-in tournament before the traditional 16-team playoffs.

LeBron James’ LA Lakers are the outstanding favorites to take the title. When the NBA season was postponed, the Lakers sat atop the West with a 49-14 mark.

In the West, the other contender is the Clippers. Prior to the beginning of the 2019-20 season, the Clippers were considered to be favorites to win the title after their impressive offseason where they added Kawhi Leonard and Paul George.

The only squad with a better mark than the Lakers is the Milwaukee Bucks. Led by the “Greek Freak” Giannis Antetokounmpo, they have benefited from playing in the significantly weaker Eastern Conference.

Women Led Businesses in Kenya to benefit from Ksh 5 Million

Basco paint to reward over 800 painters in Zawadika na Marangi...

Good news to DStv and GOtv Subscribers as 2019 Afcon Comes...

Nairobi MCAs to discuss state of the county,conduct of Speaker Elachi