One customer said she had an accident and when she went to claim, she was told that the insurance company did not have her details in their system, despite having paid for the premiums.

40 percent of motor vehicle insurance policies in Nairobi exist only on paper according to research released by insure tech company Bismart.

It reveals that a sizeable number of Kenyan drivers could be holding fake car insurance despite having paid for the cover. 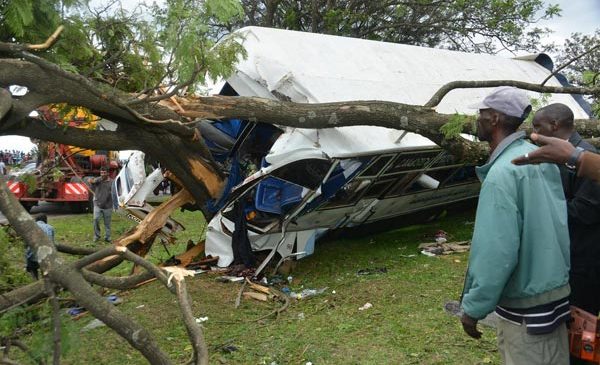 Bismart carried a three-week research focused on fraud at the point of buying cover and polled 146 policyholders in Nairobi County with car insurance policies from 25 insurance companies to get a better understanding of how fraud is perpetrated by insurance intermediaries.

The insurance holders were asked to ascertain the status of the insurance cover policies purchased through various insurance intermediaries for a period of 1 week.

One customer said she had an accident and when she went to claim, she was told that the insurance company did not have her details in their system, despite having paid for the premiums.  Another customer with a broken windscreen could not get compensated despite paying for a comprehensive cover for a whole year.

According to Eunice Maina, Bismart Insurance Chief Executive, fraud in motor insurance is very perverse and many motorists are driving around without protection even after they had paid for it.

“The fact that you have an insurance sticker does not mean that you have insurance cover. It is good for motorists to verify the state of their cover to avoid exposure in case of an accident,” Maina said

She also recommended the use of blockchain technology in mitigating fraud in the sales process where all the parties share and sign off on information in order to complete the policy purchase.

A recent report released by Association of Kenya Insurers (AKI) estimated the cost of insurance fraud to be between 8 percent and 10 percent of the industry’s total amount paid up for health care insurance costs and losses and damage to property (mostly vehicles).