Majority of Kenyans view Film-making as a tough nut to crack, in all honesty. But it’s different story from Ovotox limited who over the weekend premiered the much-anticipated movie dubbed TEKE.

TEKE is a new Kenyan original series, which follows street kid Benjamin Kibonge, who is trying to survive the conditions of the harsh streets and Patrick Mambo who is working so hard to control and Keep TEKE to himself. 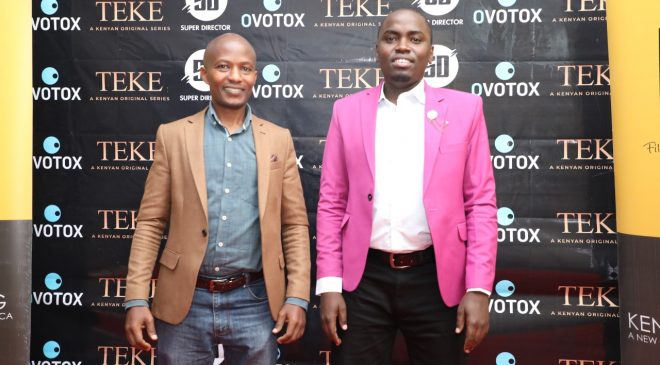 It’s produced by Ovotox Ltd, created by Eric Mdagaya, produced by Lodeki Vincent and Tonnie Kamau being the Executive Producer.

Set at the intersection of the privileged and the less privileged, TEKE explores a world of pain, love, jealousy, deceit greed and betrayal. The crime drama, action Series is still under production for three seasons, 39 Episodes, each episode running for 40-45mins.

According to Eric Mdagaya, the creator of the series, during the event said the movie is aimed to promote talents in Kenya and across the world. 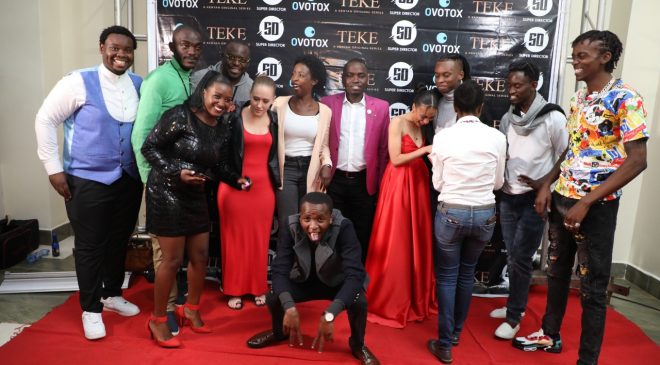 He said it’s time for African stories to be told to the rest of the world. “Our target is a global market and everything that we are doing with the story is to attract a global audience”.

According to Tonnie Kamau, the Executive Producer, Film is a business like any other as billions are made annually in other regions and it’s an awakening call for Kenyans producers to take the industry seriously.

He said Ovotox Ltd ambition is to end mass unemployment and poverty in Kenya by partnering with international distributors to make quality films, targeted at the youth across the world.

Ovotox limited is a Westlands based media firm with its specialization in training & production consultancy.

Mr Lodeki Vincent who is a producer said Kenya’s history, diverse culture, and breath taking natural landscapes have long given producers many reasons to shoot films that can qualify for the global market.

He said TEKE is a Kenyan original story that he believes the world will love noting it’s time for African stories to be told to the rest of the world.