Kenya Breweries Limited, through its beer brand Tusker, have launched the ‘Cheers to our Champions” national consumer campaign to rally Kenyans behind Team Kenya during the upcoming Tokyo 2020 Olympic Games.

The campaign gives consumers countrywide an opportunity to share goodwill messages and cheer our sportsmen and women as they prepare for and contest during the Tokyo 2020 Olympic Games. 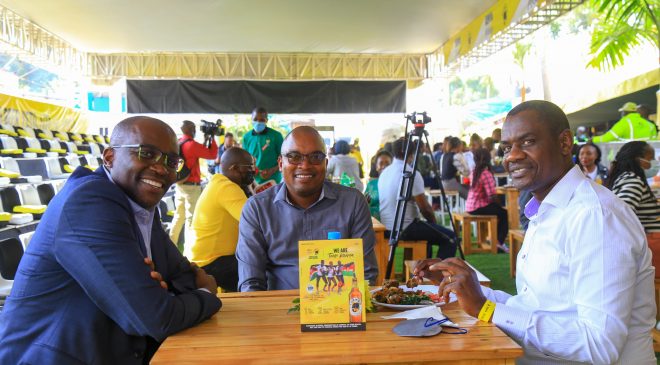 The 12-week campaign is part of the ongoing activities being undertaken by the company following a sponsorship commitment to the tune of Kshs 45 million that would go towards planning and preparation for the Olympics. Whilst showing support for the team, Kenyans will also get the opportunity to participate and win daily prizes, sporting merchandise – including Enda sports shoes -and monthly trips to various destinations around the country.

Speaking during the launch, Kenya Breweries Limited Managing Director, John Musunga, said that the Cheers to the Champion campaign was an opportunity for Kenyans to get behind our athletes and spur them on as they embark on the coveted Olympic games in Tokyo from 23rd July to 8th August.

“Cheers to the Champions is a chance for every Kenyan to come together to show support for our sportsmen and women as they continue their vigilant preparations for the Tokyo Olympics Games this July. The promotion ensures our consumers can enjoy their drink, stand a chance to win several prizes with an added value of being part of the Kenyan Olympics story.”

“This campaign ties into our larger Kenya Milele Campaign that we recently launched that seeks to celebrate the Kenyan from all walks of life and their indomitable spirit. We recently announced our partnership with Team Kenya through which we are looking to support them as they prepare for the Olympic Games. ‘Cheers to our Champions’ is therefore meant to rally all Kenyans behind a powerful cause which is celebrating our heroes heading to Tokyo to represent us,” added Mr. Musunga. 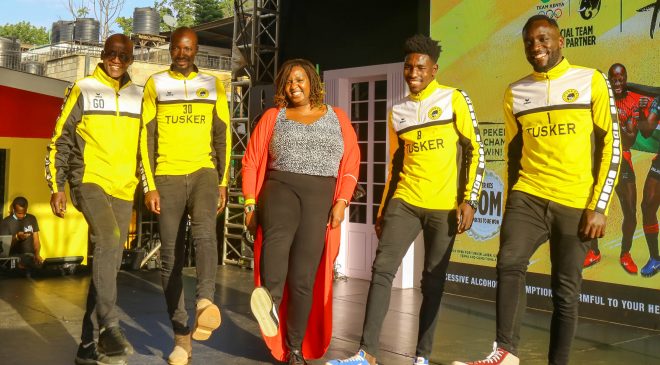 Kenyans from across the country will be able to text or  record a 10-second message to their champions through various platforms throughout the Olympic period. Participants will also stand a chance to win daily cash and airtime, weekly sports merchandise and monthly Magical Kenya experiences as they continue to enjoy their favourite beer – Tusker.

On the campaign, The National Olympic Committee of Kenya, Secretary General, Francis Mutuku mentioned the promotion will bolster the team’s preparation and ensure an even better outcome at the games.

“We are grateful to KBL for their continued support to Team Kenya. The promotion is validation that they continue to see the importance of giving our athletes the necessary platform to excel at the Olympic games. The preparations for a global competition are usually gruelling and require extreme dedication and sacrifice. This backing from Kenyans I believe will provide extra motivation for the team to do well and this will translate into better results in Tokyo,” said Tergat.

The campaign will run from Monday, 28th June until the end of the Olympic Games in August. To be part of the campaign Kenyans will be required to register through sending an under-the-crown code to the number 29844 where they will have chances to win from an array of prizes following their registration.

Kenyan food with a twist

Meet Nairobi’s next generation of environmentalists on Going Green

Jacktone Lawi - March 9, 2021 0
Rubis Energy Kenya has reiterated its commitment to the market with the transfer and rebranding of acquired Gulf Energy and KenolKobil petrol stations to...