Mount Kenya MCA caucus chairman, Hon Charles Mwangi Ng’anga from muranga’s Ichagaki ward,who recently donated his full salary to National Emergency Response Committee in Fight Against COVID-19 has now urged the National Government to arm chiefs with guns and make it mandatory for them to be “transferred after every two years’ like other Administration civil servants.

In a letter written to Ministry of interior CS Fred Matiang’i and Dr Ps Karanja Kibicho,MCA proposes that they should work on contract basis”.performance be evaluated at every 7years with an option of renewing the contract.

He states that some Administration has been a key hindrance to the fight against illicit consumption (Changaa, bhang) and petty crimes in their areas.

“I would like to call the Government to be transferring chiefs and their assistance or work on contract as the wayforwad. Some promotes bhang, brewing and selling of changaa as they get the kickbacks from sellers”. The ministry can borrow a leaf from ministry of Education where a teacher can work at any school within the republic of Kenya. Overstaying at one station is indeed problematic in 21st century. National Government should investigate how transfer letter of Administration officer/s, are cancelled,causing overstay in division, hence becoming small god and propaganda expertise. 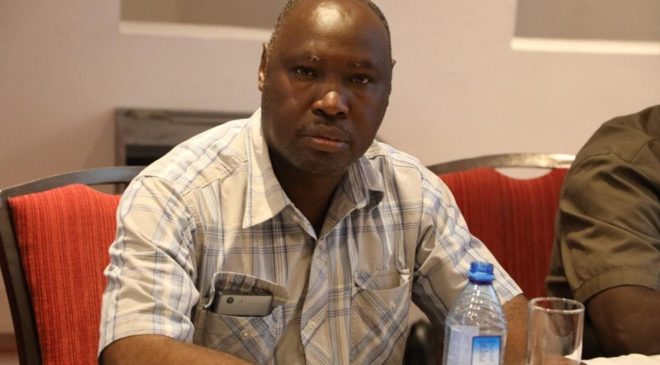 He said that the issue of illegal beer selling and consumption in Mount Kenya has become an issue especially now that the government is trying to fight the coronavirus.

He said that,the selling of the alcohol is still going on despite the government directive banning the crowding in a move to promote social distance.” Some bar closes the front door while the back one is wide open”

“Chang’aa is proscribed under the Chang’aa Prohibition Act (Cap 70, Laws of Kenya). This Act, which was passed in 1980 after the direct intervention of the then President Daniel Arap Moi, himself a strict teetotaller, forbids the manufacture, sale, supply, consumption or possession of chang’aa”.

Few years ago, president Uhuru signed into law a bill legalizing the traditional home brewed spirit changaa. This gave ill intended people to take advantage of the bill and works with local administration to make a kill in the business.

Following this, the Alcoholic Drinks Control Bill is partly intending to challenge the bill noting that section of people is taking advantage of the situation.

Leaders especially in Mount Kenya have resisted the bill – some saying changaa should remain illegal as its promoting crime, pointing fingers to administration.

The killer drinks that we have come to know as “kumi kumi, mulika,” ‘kuona mbele’ is mostly common in Mount Kenya region.