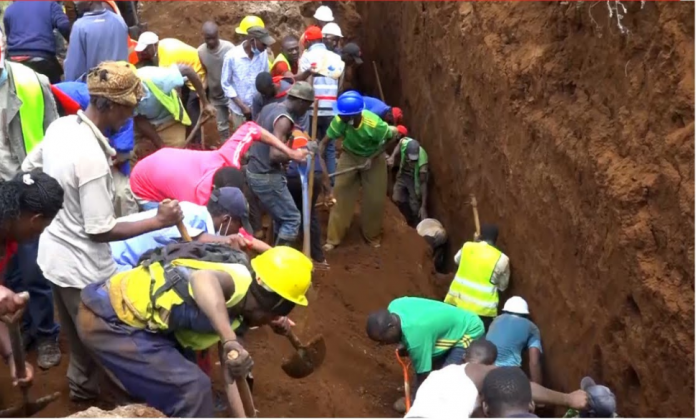 One construction worker died and four others were injured when a water trench collapsed on them in Kiandieri village, Kirinyaga County.

According to Kirinyaga Central Deputy County Commissioner, Daniel Ndege, the contractor failed to ensure safety measures and he will be probed and face the law.

“The workers were digging the trench for a Ksh.1.2 billion water project which is being constructed by a Chinese company when suddenly they were buried alive. As they gasped for air, residents, police officers and county employees arrived and managed to rescue four of them,” he said.

The survivors were taken to the Kerugoya County Referral Hospital for treatment.

Companies that Pay Writers $400+ Per Article

Larmy - November 24, 2020 0
Credits CNNCNN International is launching a new series, Connecting Africa which will profile the people, projects and companies revolutionizing African business and bringing the...

Panic at City Hall as EACC zeroes in on major suspects in Sh50 million...