The Kenya National Farmers’ Federation (KENAFF ), unveiled their manifesto on July 1st 2022, which seek to take views and demands of farmers on measures required to improve the country’s agricultural performance. This will boost the national economy and raise incomes among agricultural value chain player.

Poor infrastructure, high cost of inputs, Climate changes are the major issues affecting farmers and want to engage with political parties on how to improve the lives of farmers if they form the next government. 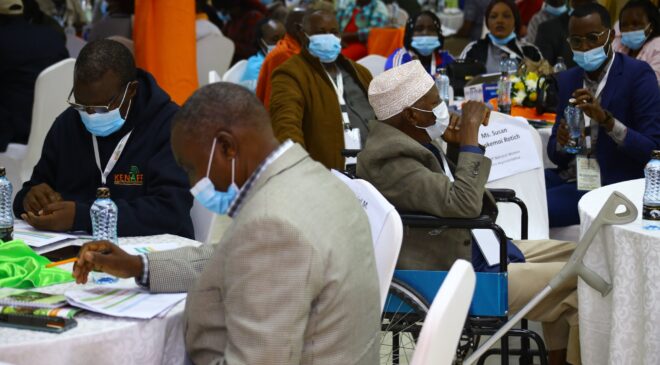 KENAFF says that they will present the farmers’ manifesto to the political parties in the run-up to the General Election.

Addressing the media during the National Farmers forum, Dr. Daniel Mwendah Mailutha, KENAFF Chief Executive Officer said that they will live on their core mandate of representing and articulating the interest of the farmers of Kenya as the farmers’ voive and that they will be meeting with representatives of various parties from the ward to the county and national level to ensure their demands are met after the August 9th elections.

He further stated that they will always support all government agenda while holding it accountable with a bearing on enhancing farmers’ income and improving their livelihood.

Agriculture is the backbone of the economy and Kenyans not only need water to drink but also irrigation.” Dr. Daniel further stated.