It is in public domain that about 148,000 metric tonnes of poisonous sugar which is said to contain mercury and copper was imported into the country by both named and unnamed sugar barons.

Then distributed and stored in different emporiums like; Nakuru Blanket and Raiply, West Kenya Sugar, Timsales, Webuye Sukari distributors, Ndhiwa, JP Maina in Mombasa among others.

The perpetrators have also imported the sugar using five companies’ well-orchestrated move by “one person to kill the genuine milling companies such as Nzoia, Mumias and Muhoroni.” 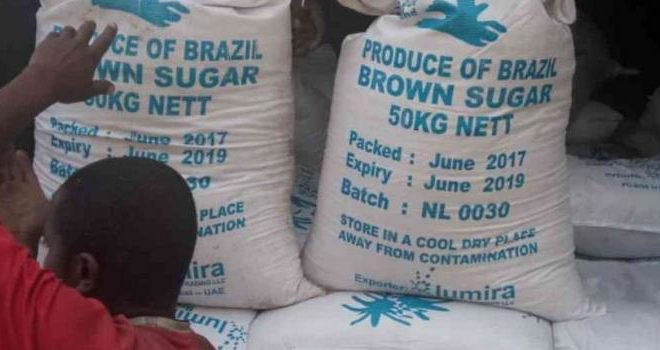 The aggregated size of the seized shipments points to a thriving underworld trade that authorities must quickly deal with to safeguard human safety, local companies and the economy.

As we all know, a black economy is chaotic and destructive especially when it involves highly sensitive products such as sugar. Shockingly the Interior Ministry has even gone on record that a consignment of sugar seized at a facility in Nairobi contained toxic substances such as mercury.

Winning the war against these cartels would require an honest and comprehensive audit on how they made such deep in-roads under the noses of state agencies such as the Kenya Revenue Authority (KRA), the Kenya Ports Authority (KPA), the Kenya Bureau of Standards (Kebs) as well the police.

We believe some state officers must have conspired with cartels to push the illegal trade in sugar and they must be punished for their actions because such large consignments of illegal products would not have entered the local market undetected.

The country’s recent sugar import windows should be audited for potential abuse by phony traders who may have taken advantage to ship in illegal consignments.

Shocked with these revelations and sugar imports into the local market, we members of Parliament from sugarcane growing areas demand the following with immediate effect: