Lets not debate with a fact, judgement must exonerate someone and contend another,Period.

There is a Swahili saying that goes:  Asiyekubali kusindwa sio mshindani; which can be paraphrased to mean: Any competitor with a tendency of refusing to accept a defeat, is not a worthy opponent.

The saying cautions us against competing with those people, who only accepting verdicts of scenarios where they are declared winners; but cry foul when the opposite happens! http://Also Read: https://www.ceoafrica.co.ke/city-hall-to-complete-new-icu-unit-at-mama-lucy-hospital-in-december/

Directly or indirectly, we are all engaged in various forms of competitions either individually and/or collectively: job hunting, bidding for tender and playing sport lottery games being common examples.

Universally, regardless of the type of the contest the basic principle remain; emergence of a winner and a host of loser(s)! In a credible race, in a rare situation where there is a tie particularly in the first position, a rematch (es) should be organized to single out the last woman/man standing! 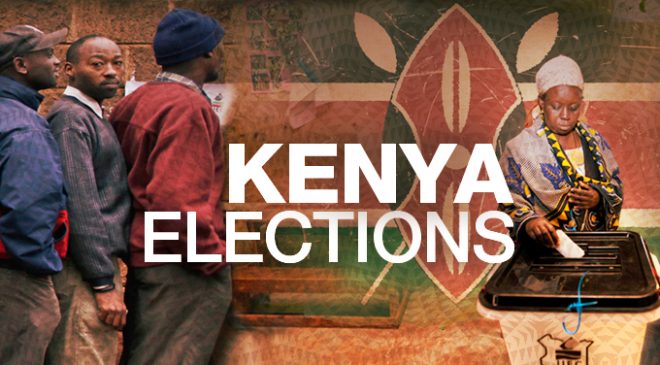 It is therefore appalling that post-2002 polls in Kenya, seems to have taken a wrong trajectory of validating power-sharing arrangement between two contending camps dubbed ‘the two horses’ as a solution to post election violence.

The 2008-2013 Mwai Kibaki-Raila Odinga and the current 2018-2022 pseudo-alliance between Uhuru Kenyatta –Raila Odinga regimes being classic examples. Let’s not debate with facts, judgement must exonerate someone and contend another. Period.

Albeit with minor variations in early March 2008 the former president HE. Mwai Kibaki (PNU) formed a Government of National Unity christened Nusu Mkate Government with Hon.Raila Odinga (ODM) as the Prime Minister.

Ironically a decade later, HE. Uhuru Kenyatta did the same at his Harambee House office on 9th March 2018; with his arch- rival in both the 2013 and 2017 polls during –The Handshake meeting/process!

While sharing political power has been hailed by some political pundits as one of the excellent ways of diffusing political tension and national cohesion; it stifles both democracy and the spirit of competition in the following ways.

First, since humanity is accustomed to a monkey see monkey culture; election losers would always be crying foul claiming that the process wasn’t transparent hence necessitating the sharing of the trophy.

The two horses may go to the extent of inciting their followers into violence in order to necessitate such a deal then secure a share of the pie; the risk of getting being trapped in jaws of the dreaded ICC notwithstanding.

In case such a mischievous parochial habit is mimicked by candidates of the five lower elective seats namely: Gubernatorial, Senatorial, Women Representative Legislative (MP) and Country Assemblies (MCA); then hell would break loose since, there might be over 1880 contested results scattered across a 582000 square kilometre territory!

Secondly, in a grand-coalition regime; Tax-payers would technically be forced to financially support two parallel governments disguised/merged into a single entity. Truth be told grand-coalitions are intrinsically a two in one regimes since, prior to polls-each contender usually has his/her own line-ups of favourites to occupy scarce plum state offices.

Thirdly, sharing power demoralizes morale of the true winner and his/her followers. Justice should not be sacrificed at the altar of an illegality for peace. Period.

Humanly speaking, for the true winner, sharing a government with a rival(s) evokes bitterness as getting your precious i-Phone or jewellery robbed along some dark alley since; we all operate within systems and a world with limited resources.

Fourthly, power-sharing often leads to an acrimonious regimes the 2008-2013 Kibaki-Raila era and the Uhuru-Raila post handshake season are classic examples.

The former was characterized by endless frictions: The Raila-Kalonzo microphone protocol tussle and the Kibaki succession scramble among Uhuru, Kalonzo, Saitoti, Raila and others are perfect examples.

Current, the chaotic six-month old post-Handshake regime has had its share of fights. After the handshake on 9th of March 2018, the Uhuru-Ruto and Raila-Ruto rivalry exploded triggering a premature 2022 campaigns.

With such a background, formation of a foul-proof and credible electoral body is crucial. To further enhance reliability of the process and outcome; it may be necessary to consider sourcing expatriates from foreign nations to handle polls.

Likewise competitions moreso presidential candidates should learn to accept poll verdicts no matter how bitter it is and/or use constitutional means to address their grievances or else they should be coerced into doing so.

Failure to do this would only entrench the culture of violence particularly during presidential re-election polls (second term). This would lead to low voter turn-out and general citizen apathy in politics. 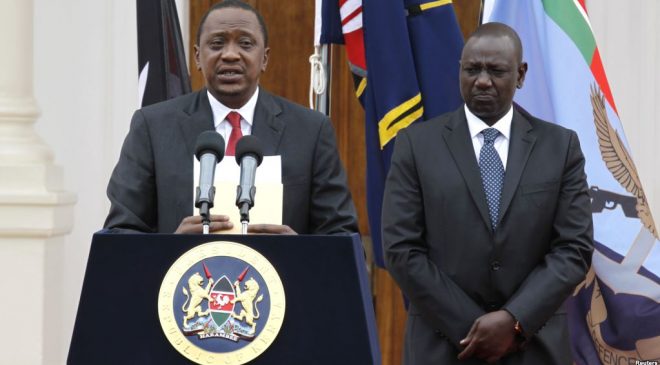 Let’s accept and respect the fact that essentially, the fact the like any other race; polls are mutually exclusive exercise whereby, the winner taking it all while losers prepare for the next race. That’s why the selfish and faint-hearted should keep off the game! Period.