Wiper Deputy Party Leader Farah Maalim together with Party Chair Chirau Ali Mwakwere say Muthama has 14 days to show cause why disciplinary action should not be taken against him for openly associating himself with other parties and politicians who are adversaries of Wiper.

“We wish to address to you that you have shown contempt and disregard of WDM-K and its leadership by spreading malicious propaganda and actively spreading hatred among rank and file of party membership, consequently breaching the parties constitution’s code of conduct thus further undermining the movement and party members,” Mwakwere says.

The party also accuses Muthama of despite being a member of the National Executive Council of the party, he has never attended any NEC meeting or set foot at the movement’s headquarters ever since it moved to Karen from Lavington, even though he has been receiving prior notices of meetings hence abandoning his responsibilities as stated in the party constitution.

Mwakwere further accuses Muthama of failure, refusal and neglect of discharging his duties as WDM-K representative at the National Super Alliance, NASA’s Coalition Council Co-ordination Committee, NCC as a co-chair by failing , refusing and or neglecting to convene further meetings of the said NCC and the respective Secretaries General of the coalition parties since November 2019, as instructed by WDM-K leadership and the NASA Summit, consequently denying WDM-K an opportunity to claim its lawful share of the political parties fund allocated to NASA from ODM party. 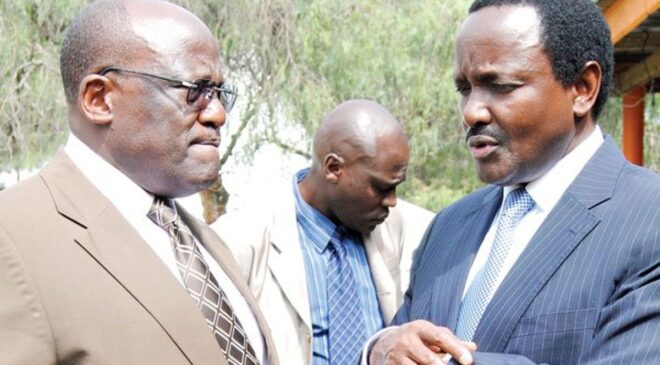 However, Mwakwere was quick to add that NASA is defunct and it is only a matter of time before partner parties call it quit. NASA originally had WDM-K, ODM, ANC, FORD KENYA and CCM as Coalition partners who have since the last General Election have failed to work together.

On his part, Maalim says party discipline is paramount the world over and asks all WDM-K party members to toe the line or call it quits.